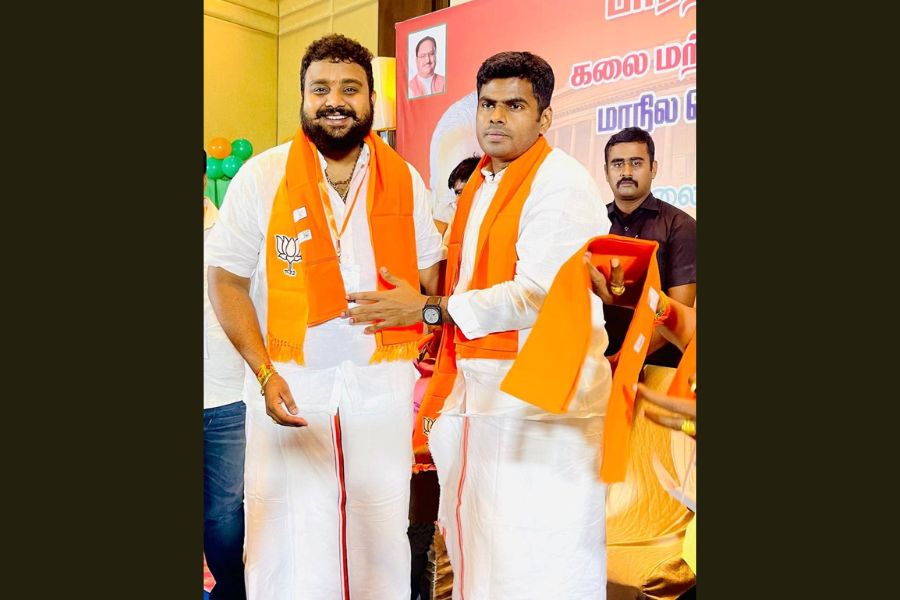 October 14: Dr. Sai Ram Radhakrishnan – A Social Activist & Successful Businessman who had worked hard to get change in Tamil Nadu Politics, joined BJP 6 Years ago and he was nominated as FCi Member – Govt of India as he was very active in BJP. He had worked hard for BJP CANDIDATES IN Several Constituencies for 2021 Tamil Nadu elections. Soon after Shri Fefsi Siva who took over as BJP State President for Art & Culture wing Under the Leadership of Shri Annamalai IPS, State President BJP Tamil Nadu.

Dr Sairam was promoted as BJP Art & Culture wing State Secretary. After he took charge, he was working very hard to strengthen Art & Culture wing interacting with all District & State karyakartas regularly to improve the Strength of the BJP Party in Tamil Nadu.