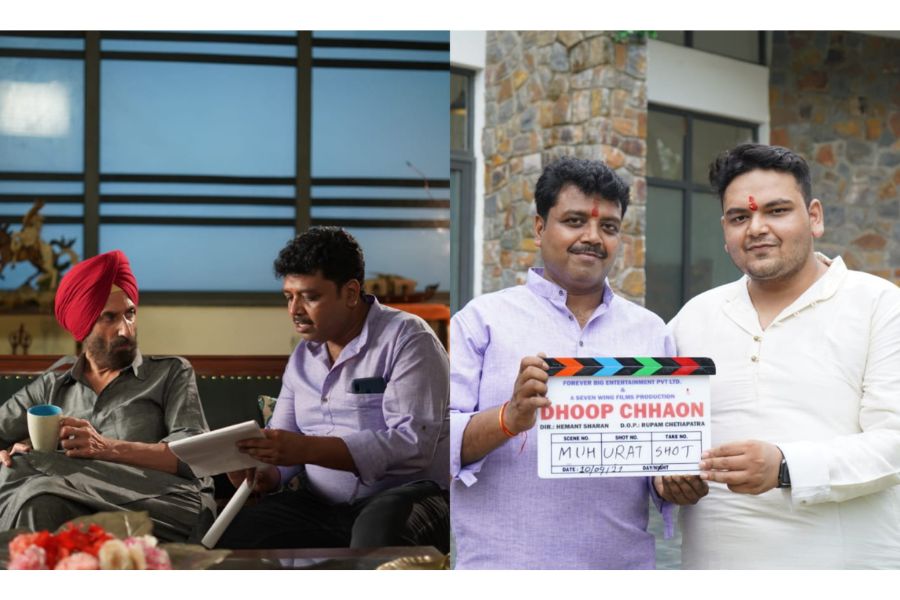 Veteran Bollywood stars such as Rahul Dev and Atul Srivastava will be seen in the film.

Mumbai (Maharashtra) [India], October 1: Dhoop Chhaon is an Indian film revolving around family sentiments and values. According to the producers Sachin Jain and Sakshi Jain, ‘the film is planned to be released in a grand manner across the country and very soon the release date of the film will be announced.’

According to Sanchit Jain, ‘Dhoop Chhaon’ will soon be available for the audience across India. The film revolves around the story of two brothers. It will be a great family entertainer with an important message. Jain states further, ‘this film will connect with small children, adults and old people and will appeal to all the sections of the society. ‘Indian audience have always loved family films and dramas. People like to watch a film with their families. The film ‘Dhoop Chhaon’ would be a better option for such audiences. The story of our film contains a lot of emotion, comedy and sentiments with a family fabric,’ says the producer.

The film ‘Dhoop Chhaon’ is produced under the Forever Big Entertainment banner. With this film, producer Sachit Jain has turned to film production from the IT profession. It is his first film as a producer. He produced one of the finest Indian films at a very young age, which is now ready to hit the theatres. In this film, famous actors Rahul Dev, Atul Srivastava, Samiksha Bhatnagar, Aham Sharma, Rahul Bagga, Shubhangi Latkar, Ashish Dixit, Aryan Bajaj, Shailene and many more will be seen in important roles along with Abhishek Duhan and Simrithi Bathija in the lead roles. The story of the film is by Sanjay Jain and is written by Hemant Sharan and Amit Sarkar. The film is directed by Hemant Sharan. The USP of the film is its songs. The music of the film is composed by Amitabh Ranjan, Neeraj Sridhar and Kashi Richard and Bollywood veteran singers Kailash Kher, Javed Ali, Anvesha, Bhumi Trivedi, Salman Ali, and Arun Dev Yadav have lent their voices to the songs of this film. The PRO of the film is Sarvesh Kashyap. Connect on Facebook: https://www.facebook.com/Foreverbigentertainment/