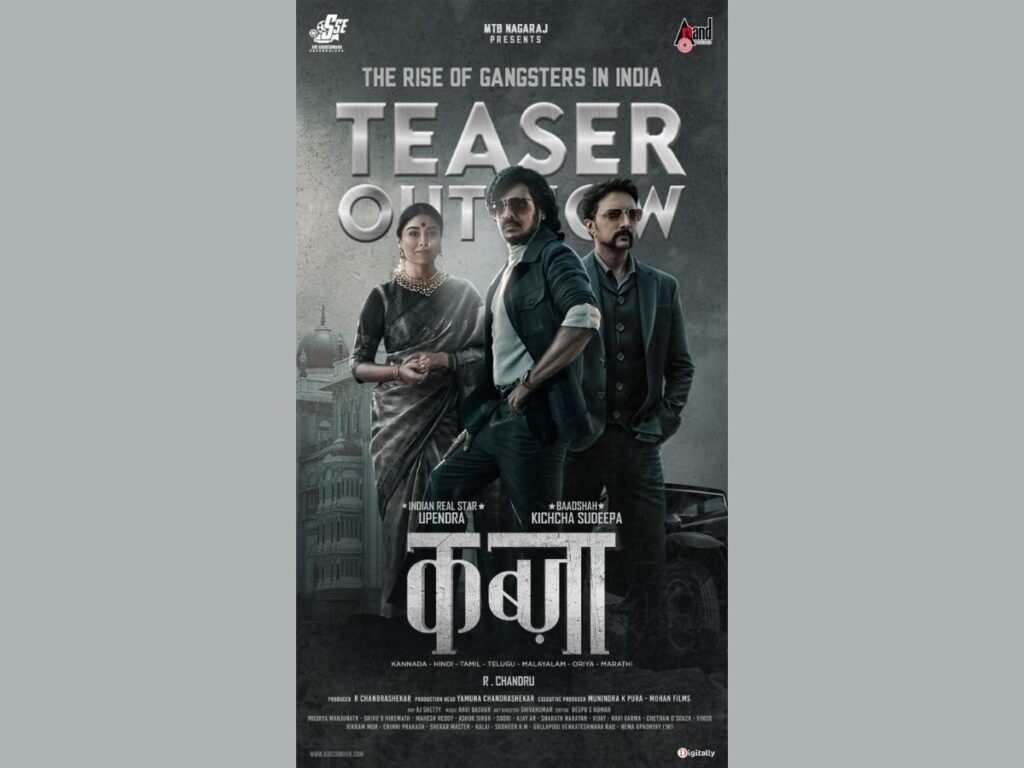 While the film is set to release in 7 languages including Kannada, the makers released a teaser a day before Upendra’s birthday. The teaser was released by none other than Rana Daggubati who has become a popular name all across India.

Kabzaa, is a period film about the rise of gangsters in India, set between 1942 to 1984. It revolves around a freedom fighter’s son who gets entrapped in a mafia world. The film is touted to be a big scale action film, perfect for a theatrical viewing experience.

Says the director ”The film has already created a lot of buzz and we wanted to treat our fans with the teaser of the film. Tomorrow being Upendra’s birthday, we thought it would be a good gift to all his fans.”

The film’s music is composed by Ravi Basrur of KGF fame, A J Shetty is the cinematographer, Mahesh Reddy has edited the film and the action is done by Ravi Verma, Vijay, Vikram Mor and Vinod.