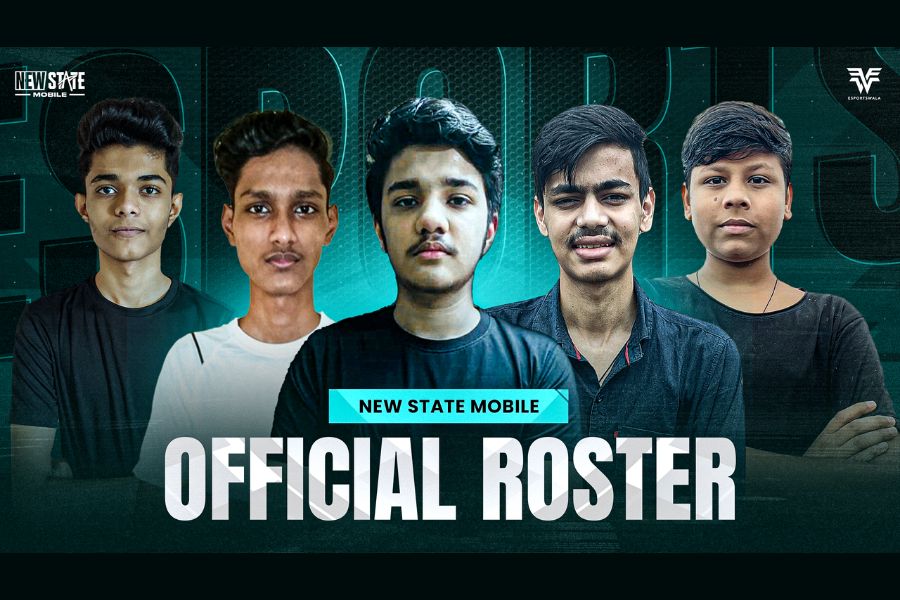 New State Mobile (originally PUBG: New State), developed by KRAFTON and PUBG Corporation, is a futuristic Battle Royale, and part of the PUBG Universe (PUBG: Battlegrounds, PUBG Mobile, Battlegrounds Mobile India). Released in November 2021, the game has already garnered a massive fan base across the world.

Battlegrounds Mobile India (BGMI) has created a massive esports ecosystem around it with regular tournaments across all tiers. Esportswala has been involved closely with the BGMI esports ecosystem ever since its inception, as well as having BMCO & BMPS lineup.

Like BGMI, New State Mobile is expected to nurture a massive esports ecosystem surrounding it, and Esportswala becomes one of the first organizations to announce its roster. The roster is as follows,

Esportswala owner Vibhanshu Tiwari shares his thoughts on the new roster and the future of the New State Mobile esports ecosystem in India,

“We are very proud to announce the new roster. New State Mobile is certainly ready to bring a new esports revolution like BGMI and I am very proud to be a part of that. I hope other organizers also expand their competitive rosters to New State Mobile so that we all can grow the ecosystem together and build a new future for esports in India. Fans are the ones who make a game big, so let’s make it big together.”

Esportswala is well known for organizing tournaments in India. The organization has been involved with the esports ecosystem of games like BGMI, Valorant, Free Fire, Pokémon Unite, and New State Mobile.

Aside from organizing tournaments, the organization also owns multiple esports rosters for games such as BGMI. Esportswala’s vision is to create Esports opportunities, explore hidden talent, and bring Global Trophy to India.